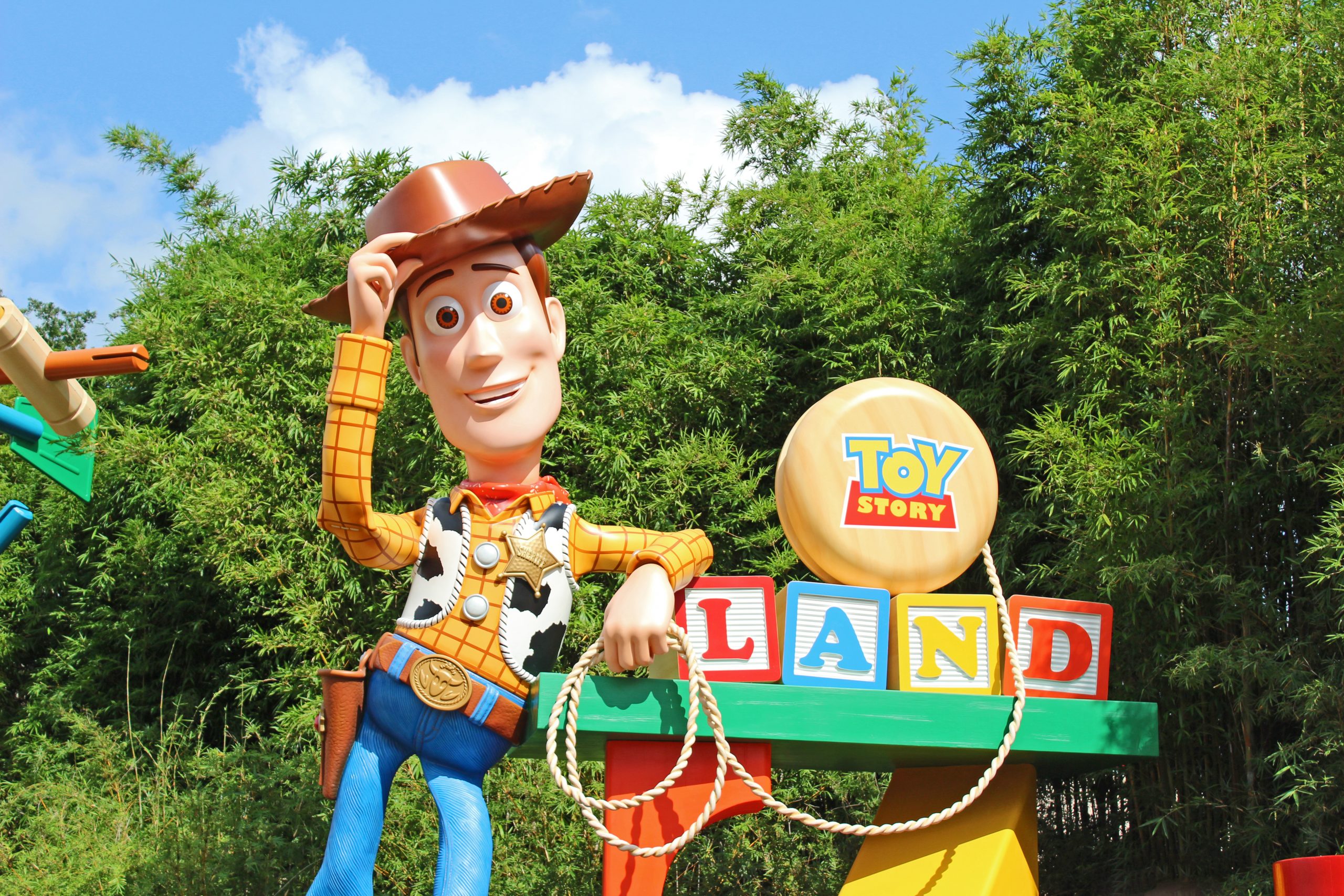 Toy Story Land has been a long-anticipated addition to Disney’s Hollywood Studios and I was so excited to go check it out! In this post, I’ve got all the information you’ll need to make the most out of your visit including where to take photos, what to eat, and how to ride the rides without a FastPass (AND without a long wait!)!

The theming is amazing and the details are just incredible. The foundation of the land is more than 400 building blocks and it creates the feeling that you’re one of the toys, just hanging out with Woody, Buzz, and the gang. Everything is brightly colored, and I’m so excited to go back at night to see it all lit up! It will be spectacular. Toy Story Land includes three rides (more on those in a minute). There’s also an outdoor character greeting area just past Midway Mania, a restaurant (more below), restrooms, a stroller parking area, and a merchandise stand. That’s all that’s there, so the land is fairly small. I did like that even though it’s not huge, it’s pretty wide. I went just a few days after it officially opened and even though it was busy it didn’t feel like the crowd was going to crush me. There was even room for me to take pictures, which was a nice added bonus. As the “new” wears off, the crowds will wind down and Toy Story Land will feel even more comfortable.

The three rides are Toy Story Mania, Slinky Dog Dash, and Alien Swirling Saucers. How do you get on these rides without waiting for hours? See the “Pro Tips” section below! Toy Story Mania is probably still my favorite ride in all of Walt Disney World. It’s like you’re inside a carnival game and you compete against the other people in your car to launch various objects at targets and get the highest score. There is no height requirement! I’ve taken Foster on this ride since he was teeny, and he just hangs out in my lap… I also may or may not have given him credit for keeping my score low because I had to hold him while I played… Slinky Dog Dash is a family-friendly roller coaster where you actually get to ride Slinky Dog! The height requirement is 38 inches, so check your kids’ height before you head over so they aren’t too disappointed if they’re too short. Alien Swirling Saucers is kind of like the Mad Tea Party at the Magic Kingdom, except it’s better! There’s lots more moving on a shifting floor so you don’t know which direction you’ll head next. The height requirement is 32 inches. The restaurant in Toy Story Land is called Woody’s Lunch Box and it actually looks like a lunchbox – complete with Babybel cheeses and Oreos. The menu has some tasty options (including some well-priced kids’ meals and even a few adult beverages). I tried one of the Lunchbox Tarts and it was delicious! Definitely recommend grabbing a snack, even if you’re there when it’s not a meal time. It’s important to note that there are some picnic tables with umbrellas, but there is no indoor seating. If you’re looking for a place to cool down, I highly recommend heading over to Rizzo’s Pizzeria (formerly Pizza Planet) near Muppet Vision 3-D. There’s plenty of indoor space there and the food is good. This one kind of surprised me: there are no gift shops in the new Toy Story Land. There’s a merchandise stand near Slinky Dog Dash, but that’s it. No rides end in a gift shop, which kind of blew my mind. The offerings there are pretty good at the stand, though. They have ball caps, lanyards, pins, Slinky Dog Mickey ears, Alien headbands that light up, and action figures and dolls of the big characters from the movie. If you’re looking for a wider variety of merchandise, I suggest going to the shop directly across from the old entrance to Toy Story Mania. There’s plenty to choose from there. Disney understands how much our world revolves around social media, and they did a great job of including places to take photos with iconic Toy Story themes. Head on over to this post to see where to find my favorite places to take pictures in the new Toy Story Land!