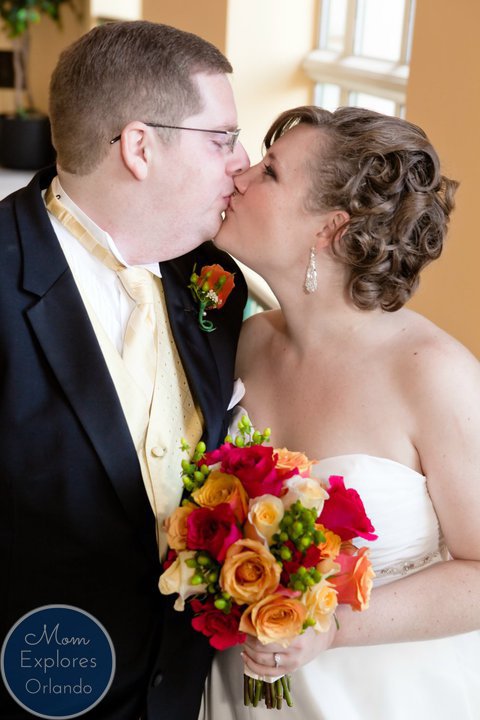 Our 6th wedding anniversary is coming up this weekend (we’ve been together almost 9 years!) and I thought this would be a great time to share our story. There are lots of people who don’t actually know our real story, so if this is a revelation to you I’m sorry we fibbed and I hope you’ll understand!

In the summer of 2007 I graduated college and started my first teaching job. I had just gotten out of a not-so-great relationship and I felt like I was never going to meet someone on my own with my weekends consumed by grading papers and my co-workers being mostly women. Jon had moved to Orlando from Fayetteville, AR and knew no one. So, we both found ourselves on eHarmony (gasp!). For years we told almost everyone that we met on a blind date (technically true) and were set up by a mutual friend (in this case, we were calling a website a friend… how very “Millennial” of us). We only did this because there was still such a stigma attached to the whole online dating thing. Maybe there still is, but we stopped caring a long time ago.

I didn’t really think I’d wind up with a long term relationship – certainly not a marriage. I just figured I’d go on a few dates and see what happened. I went on two dates before Jon came along. One guy was nice, but a little awkward and too quiet. The other would randomly start talking like Mickey Mouse in the middle of a conversation (creepy, not cute) and was OBSESSED with his car… Why I agreed to go for a ride in the car after we left the restaurant so he could show me how awesome it was (…it wasn’t) I still don’t know. (Side note: don’t get into the car of a person you met online. That was super stupid of me. Fortunately nothing bad happened, but it was still stupid.

The third try was the charm, though! Jon and I started messaging back and forth on eHarmony and then via email. Our notes got longer and longer and I really looked forward to getting home every day and reading what he had written. He asked me out on a date about two weeks after our first message and I agreed. I was all sorts of nervous, but I put on a black top, some jeans and heels and met him at The Melting Pot. The whole way there I talked to my bestie and tried to keep from being too anxious, but it was really tough.

When I got to the restaurant there was a cute, ever so slightly nerdy-looking guy (you’re much hunkier now, babe!) sitting on a bench outside in a pale green shirt he had tried very hard to iron by himself (the boy still can’t iron). We had a wonderful time and the date lasted almost 2 hours. I remember thinking that night that it would probably turn into another date and I was glad when it did.

Now, Jon will claim that he tried to kiss me on our 4th date or so, but he didn’t try very hard because I didn’t notice the attempt at all. He thought I had shut him down! We kept going out together, he held my hand after a while, but it would be another 2 months before he’d finally try to kiss me again. It was the most sweetly awkward thing ever and I could tell he really had to pump himself up to do it.

Believe it or not, we continued to e-mail each other pretty regularly even after we were dating. I love that we did that. It’s kind of the modern version of a love letter and I’ve saved every last one of them. Jon has a way with words and is so good at putting himself out there in writing. Every once in a while, we still e-mail each other just to say hi and I still get butterflies when I see an e-mail from him pop up in my inbox.

One of our favorite things then and now was to go to Disney and one particular evening stands out as a pretty defining moment in our relationship. We went to the Magic Kingdom and hung out for a while before the fireworks. Almost as soon as the fireworks began the rain started. Everyone else ran for cover, but I had an umbrella, so we just stood in front of the castle, by ourselves, in the rain and watched the fireworks. It was magical.

We dated for about a year and a half before he finally decided to propose. I still remember it vividly. It was the last day of school and we went out on a date to celebrate. We went to Ruth’s Chris Steakhouse and then to the Magic Kingdom. Apparently, Jon was waiting for “The Kiss Goodnight” – a special moment right before the park closes – to pop the question, but there were Extra Magic Hours and with the super crazy crowds that night he just didn’t feel like it was the right place, so he had to come up with a Plan B. We drove to Crane’s Roost Park in Altamonte Springs (near where Jon lived when we met) and along the way I don’t think he said more than 10 words. When I asked if he knew we missed the exit for our apartment he said “Yep,” and just kept driving.

By the time we got to the park I had pretty much figured out what was about to happen, but it was still wonderful. Jon started crying before he even got a word out (he’s always been very in touch with his emotions, which is one of the things I love about him), but he managed to deliver a beautiful speech before he got down on one knee and opened the ring box. We spent the next year planning the best wedding ever (completely unbiased opinion) where we danced to “When You Wish Upon a Star” which plays during the “Wishes” fireworks show at the Magic Kingdom.

We’ve been through so much as a couple. The last 9 years have been the best years of my life and I know that the next 50 will be just as wonderful because we love doing this marriage thing together.

I love you, babe! Happy Anniversary!