Life After Miscarriage – My Own Story 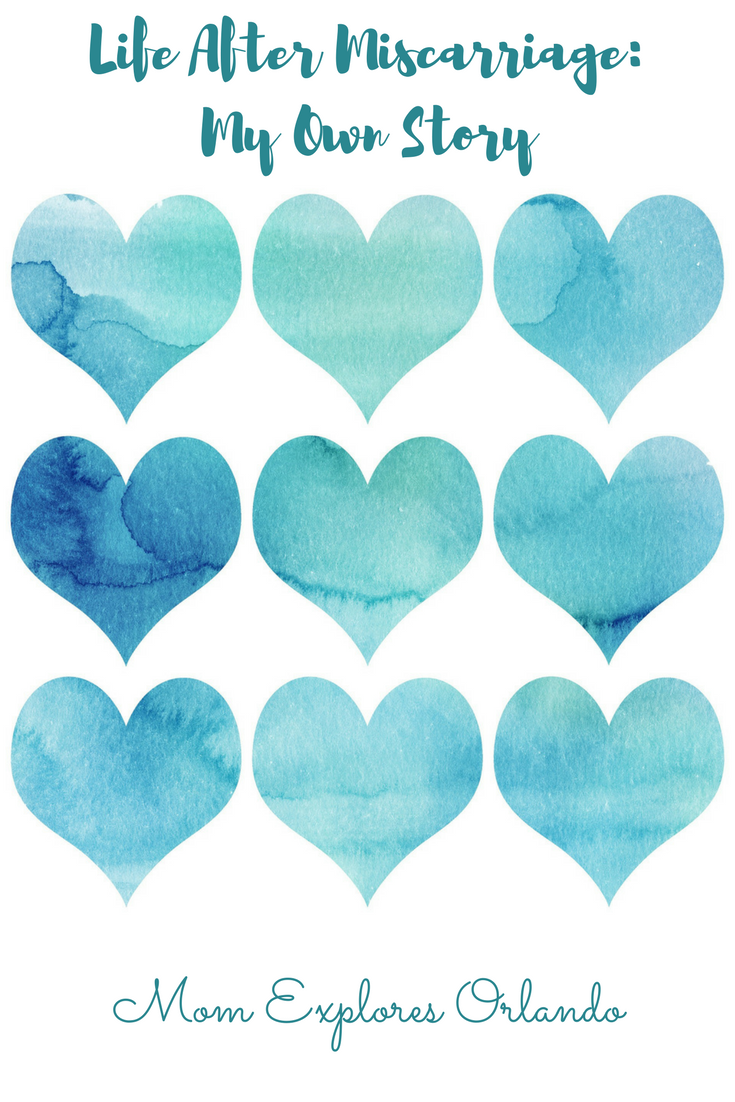 I’ve been thinking about writing this post almost since I started my blog. I knew it would be a hard one to write, one that I should take my time with, edit, re-edit, and think long and hard about before I publish. It’s not only difficult because this was such a heart-wrenching time in my life, but also because there are so many other women who go through the same thing… And that’s why I knew I needed to write it.

Jon and I had started trying to have a baby in 2012. I knew it might not be an easy road because my cycles have never been normal, but we tried anyway. It took almost 2 years, but we found out we were pregnant when we were visiting my family for Christmas on December 28, 2013. I had been feeling a little off for a few weeks, but I was too chicken to really find out whether I was pregnant. Maybe it was because I was worried it wouldn’t last, but I don’t know. When I finally took the test and it was positive we were overjoyed. I told Jon right away (there’s no way I could keep a secret like that!) and I told my sister and my mom. That was it and that was enough until I would be able to go to the doctor for confirmation and an ultrasound.

Unfortunately, before I got to the doctor I already knew I had miscarried. I faced the awful task of taking a pregnancy test in the office. Of course it showed up positive even though I already knew I had lost the baby. The tech said something like “oh, some women have bleeding early in their pregnancies and everything is fine,” which I knew she intended to be helpful, but it only made it hurt that much more. They calculated that I would have been around 7 to 8 weeks pregnant and confirmed that I had miscarried. The doctor was not my regular doctor and he was a bit callous and unfeeling. I’m sure it was fairly routine to him, but this was the worst thing that had ever happened in my life and it didn’t seem like he cared at all. That was awful. I’m grateful that I wasn’t farther along. That I hadn’t told more people. But these things were small consolation.

When I finally did tell my closest friends, none of them had gone through the same thing. They offered kind words and a willing ear, but I still felt very alone. Of course I had Jon to lean on, but he was also hurting. There were so many emotions that I experienced all at once. I can remember laying in bed one night, crying to Jon about how I wanted to start trying again right away but that I was afraid of losing another baby.  I was so distraught at the fact that I hadn’t been able to maintain a pregnancy that I even apologized to Jon for being a wife who might not be able to give him a biological child. Of course he said it didn’t matter to him if we couldn’t have kids, but somehow I felt like less of a woman because of what had happened. Side note: if you have a miscarriage, this is the low point. You will likely feel inadequate, but believe me when I tell you you’re more than enough just as you are, regardless of whether you’re able to have babies.

We did wait for a few weeks before trying again and we took things slowly. If it happened, it happened, but we weren’t going to push it. Not yet. In the meantime, there were lots of tears, attempts at distraction, and ultimately the decision that we would move back to Florida. Talk about a crazy couple of months.

One thing that we both found really helpful in our healing process was talking to people about it. We felt compelled to tell the people we worked with because they were our closest local friends and it was so sudden that we decided to move back to Florida after having been in Kentucky for only two years (and loving it). In doing so, we discovered that there were so many people we knew who had gone through the same thing. They told us their stories and we took comfort in knowing that it wasn’t as uncommon as we had thought and that there was hope for having a successful pregnancy after a miscarriage. That hope kept us going in the months to come.

Jon and I took a break from packing up our house to go on our last date night in Cincinnati to take photos of our favorite spots. We walked across the Roebling Bridge, ate at our favorite restaurant, and enjoyed the beautiful June weather. At one point, as we were walking across the bridge, I had a feeling that I might be pregnant. I didn’t say anything to Jon because I didn’t want to get his hopes up. I can’t exactly put my finger on what made me think of it, but that night I prayed harder than I had ever prayed that I’d be pregnant.

The next day I took a pregnancy test in the morning and it was positive. It was Father’s Day. I called Jon upstairs (apparently he was annoyed that I made him get up from the couch when he had just sat down, ha!) and showed him the test. He cried, I cried. They were cautiously happy tears, but something about finding out on Father’s Day seemed so significant – like this time was going to be different. My pregnancy was rather uneventful, but there was always the thought in the back of my mind that I could lose the baby, right up until the day I delivered. I don’t think that’s a feeling that will ever go away, no matter how many babies I end up having. Every day of my pregnancy I prayed that it would go smoothly, that God would let me give birth to a healthy baby, and my prayers were answered on March 3, 2015.

I realize that the ending to my story was happy and that not everyone who experiences miscarriage will have a story with this sort of happy ending. If nothing else, I wanted to write it to let other women know they’re not alone. I know how it feels to be a statistic (and to be treated like one) and I hope that my words will help anyone going through the same thing. If you are and you feel like you have no one who understands and no one to turn to, please know you’re not alone. I’m more than happy to talk with you, pray for you, and listen, even if we’ve never met. Feel free to hit that “Contact” link at the top of the page and send me an e-mail, or contact me on any of my social media platforms. I promise I’ll respond.

October is National Pregnancy and Infant Loss Remembrance Month. If you know someone who would benefit from hearing this story, please feel free to share it with them.

I’ve also found an amazing resource that I wish existed when I was going through this difficult time. It’s called “The Morning” and I encourage anyone who has experienced a miscarriage or knows someone who has to visit the website.

Wishing all who read this much love and happiness, in whatever form it arrives.

2 thoughts on “Life After Miscarriage – My Own Story”