Exploring Round Lake Park in Oviedo 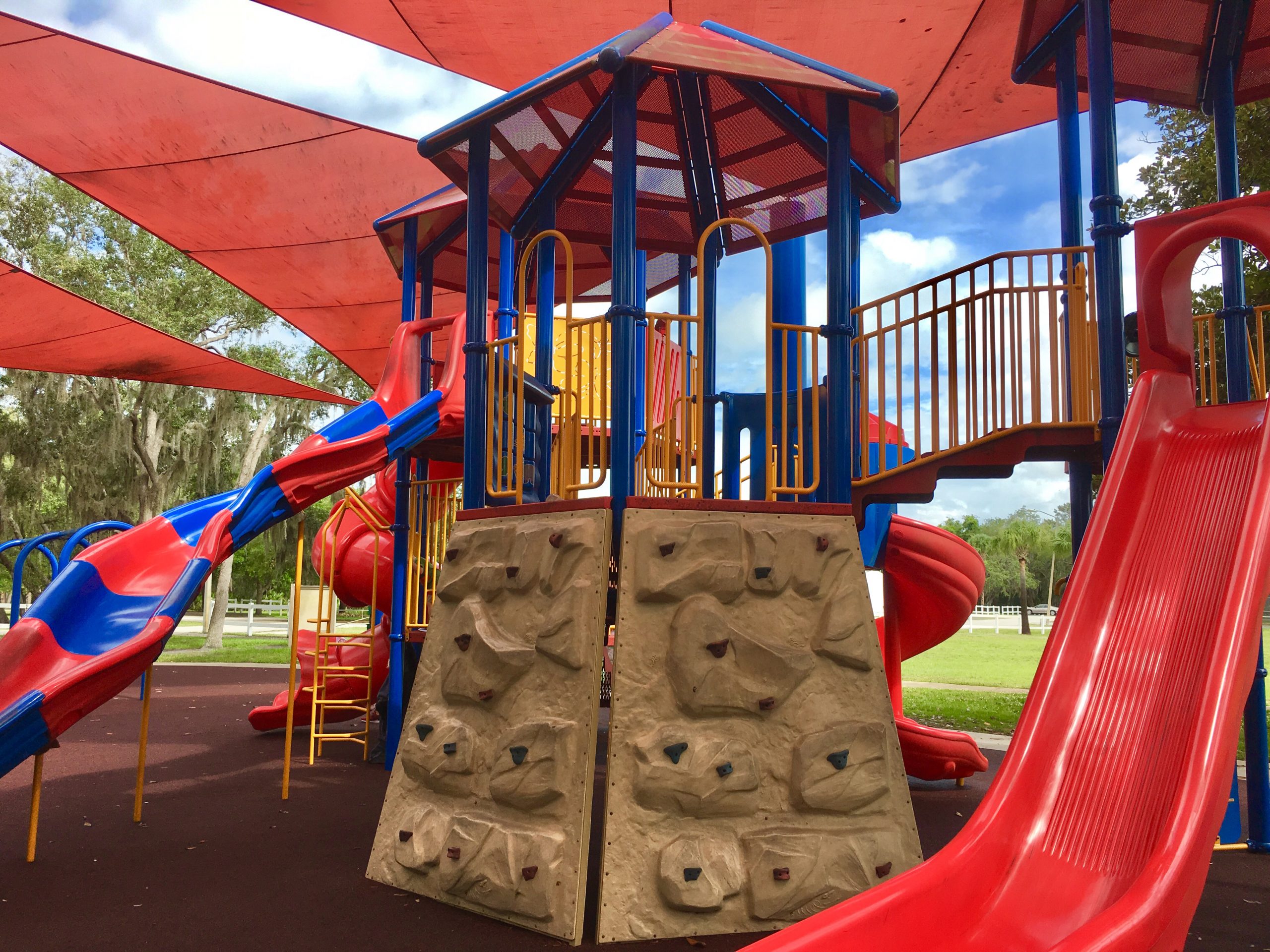 We’ve had Round Lake Park in Oviedo in our park rotation for a while now. It’s got some great features that are unique to this park (at least among those we’ve been to) and it’s one of the stops on our Orlando Park Crawl! If you haven’t been to this one, you’ll want to make sure you check it out soon! This park is featured on our Orlando Park Crawl, so check that out if you haven’t already downloaded your free copy of the checklist to explore some of Orlando’s best parks!

Probably the best thing about this park is the shade. There are sun shades over both playgrounds (yep, there are two playgrounds!) which is SO nice for the warmer months, but even when it’s cool out it’s great to not have to worry too much about sun exposure.

The smaller playground is perfect for the younger kids. It has multiple slides that are all pretty short and the structures are very accessible for tiny legs to climb around.

Foster is generally afraid of big slides, but he went down this one with no problem!

There’s a lake at the park (hence the name) with a dock that would be perfect for fishing!

We also love that there are some nice shady spots and a pavilion for picnicking!

What are some of your other favorite parks in Central Florida! I’m always looking for new recommendations, so leave a comment!