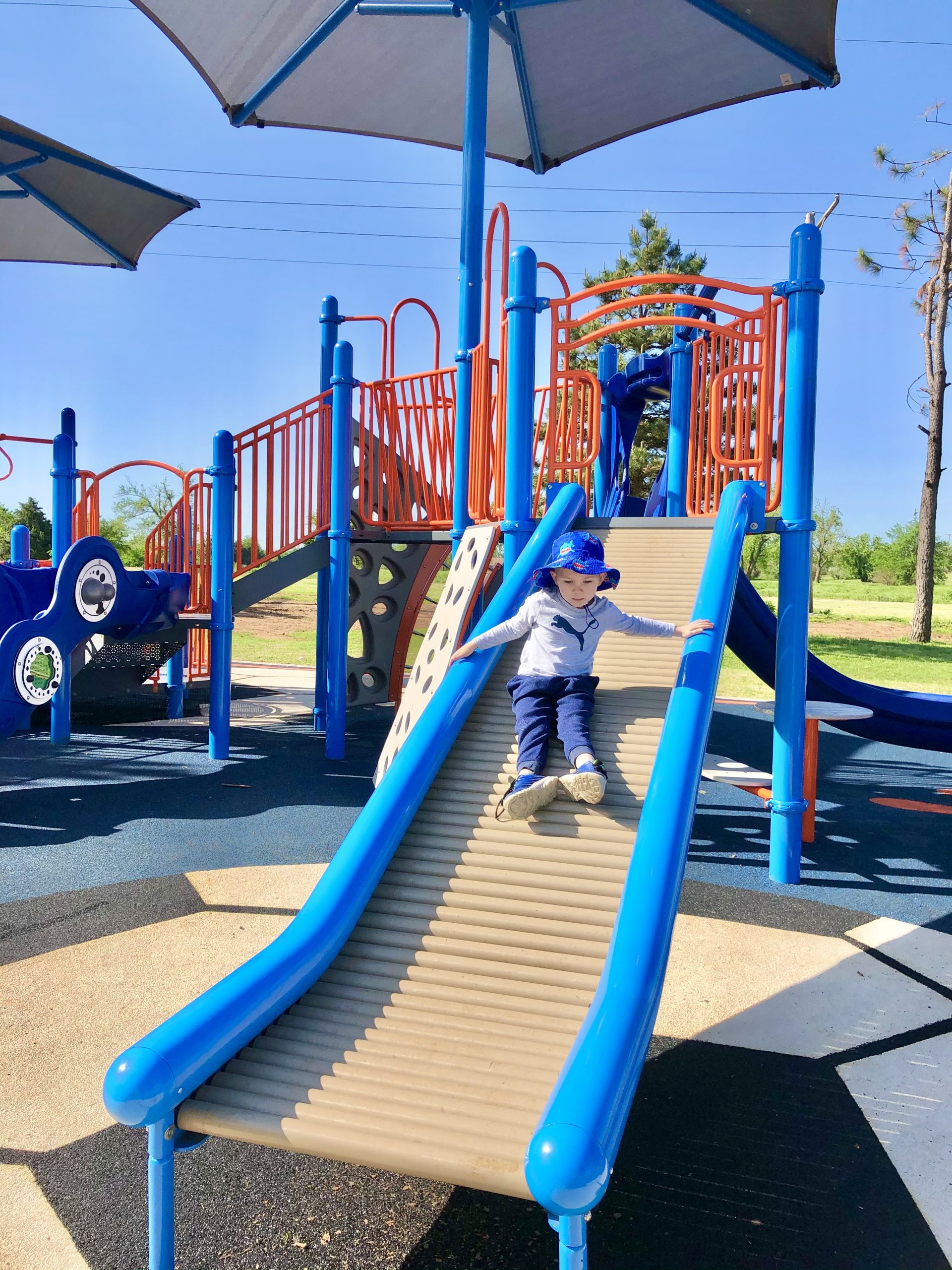 When I heard that Ranchwood Park got a major playground facelift, I was so excited to take the kids! There are some fantastic features of this playground and the City of Yukon has really taken a lot of care to make it special for everyone. Make sure you plan a visit soon to check it out for yourself! If you’re looking for some other great parks around the OKC metro, check out the OKC Park Crawl!

We visited Ranchwood Park on a weekday morning and had the whole place to ourselves! I doubt this will always be the case, especially once word gets out about how great it is, but it was nice to explore on our own!

There were some really cool play features that we hadn’t seen before at another park in town, like a climbing wall, a telescope, and Graham’s favorite – the fortune teller!

I also loved that there’s a hand sanitizer station as you enter/exit the playground. It makes it a lot easier to keep tiny hands clean!

It was really cool that the playground was designed for varying ages and abilities. There were even low monkey bars, which I had never seen before! Graham has always been a little too scared to try the monkey bars at other playgrounds, so this gave him a confidence boost!

Have you been to Ranchwood Park recently? What did you think of the new playground?!